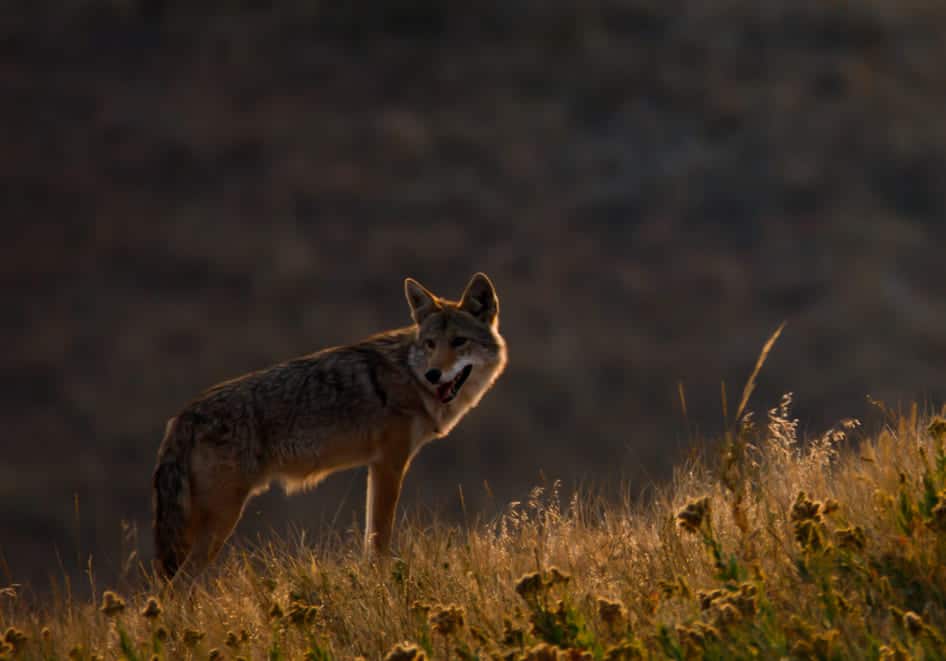 Wolves are often portrayed as fearsome creatures, and perhaps that is why many myths surround their persona. The most prevalent imagery often shows them howling at a full moon, or portrays them as the favored pets of the devil.

Yet another popular legend states that a bite from a werewolf can turn a human into one! One reason numerous folklores surround these lone animals is that they are reclusive, not easily found in the wild and difficult to domesticate.

Are There Wolves in India? And yes, while there are wolves in India, they do not raise children, no matter what you might have seen in ‘The Jungle Book’! So if Akela and Raksha are your benchmarks for Indian wolves, let us give you a better insight into these enigmatic animals.

Spotting the enigmatic Indian Grey Wolf is possible, albeit in national reservation parks and sanctuaries set up across the country for their protection.

In fact, Rajasthan is home to many wolf sanctuaries, including the pristinely maintained Todgarh Raoli Sanctuary and Mount Abu Wildlife Sanctuary.

These places take great effort to protect the natural structure of the animal’s habitat and prevent it from encroaching into human territories in a bid to reduce instances of man-animal conflict.

A Condé Nast Traveller India article estimates that around 100 wolves reside in Rajasthan’s Kailadevi Wildlife Sanctuary. This is often considered to be an extension of the popular Ranthambore National Park, as the two are just three kilometers apart.

Often, visitors who miss a sighting of the ‘beriya’ (as wolves are called in Hindi) can drive to this sanctuary where there is a higher likelihood of seeing them.

Since these animals hunt in the night, a night safari is the best opportunity to watch them in action. Just keep your mobiles switched off and maintain silence as wolves are stealthy hunters.

One can also sight wolves in places where their favorite prey is in plenty.

Gujarat’s Velavadar Blackbuck National Park was set up for conservation of blackbucks, but the presence of these animals meant that wolves too became equally prominent in the park. Visitors here are often blessed with the spectacle of a pack of wolves bringing down a blackbuck in the wild, which is not a sight to be missed.

Gujarat’s Kutch Bustard Sanctuary, Narayan Sarovar Sanctuary, and Shoolpaneshwar Wildlife Sanctuary are some of the other places to head to in western India to see the shadowy wolves.

Maharashtra, too, is home to wolves in the wild, many of which reside and are protected at the Mayureshwar Wildlife Sanctuary and Rehekuri Blackbuck Sanctuary.

The rocky landscape and the wide variety of game available have ensured that the wolf numbers in these parks have remained stable.

Various organizations and individuals are now coming together to protect the future of this hunter and prevent it from falling prey to extinction.

In Karnataka’s Koppal, Indrajit Ghorpade’s Deccan Conservation Foundation has been recording, documenting and generating awareness about the Indian Grey Wolf, its habitat and the need for its protection by working with locals to prevent man-animal conflict.

These people believe that constant dialogue with locals in the nearby vicinity, building micro-habitats without human intrusion, creating wolf census, and intensifying awareness campaigns amongst the student community about the role of each animal in the overall ecosystem will go a long way in buffering the wolf population in India.

Indian wolves, called Canis Lupus Pallipes, are the Asian relatives of the breed that is found throughout the world. The only difference is their angular appearance and grisly fur.

Those found in the US and Canada have a stouter build with thick blackish-silver fur, which can protect them from the cold and snow. Their Indian cousins, on the other hand, are leaner and have a greyish red or reddish white-colored coat, which is much more suitable to the warm tropical climate. This is how they received their name – the no-brainer Indian Grey Wolves.

Due to their lanky appearance, these animals are often mistaken for big dogs. This is unsurprising, since an average Indian Grey Wolf grows up to around 28 to 38 inches in height, making them amongst the smallest subspecies of the breed.

However, do not confuse them with their closest peer – the Himalayan Wolf. Found in its namesake Himalayan region, this distinct species is different from the Indian Grey Wolf.

Like the rest of its species, the Indian Grey Wolf, too, is a dexterous predator that has adapted itself well to scrublands, grasslands, and semi-arid pastoral environments in the country.

A territorial animal that has canine origins, just like a dog, the wolf too uses its urine to marks its terrain, which can extend up to 150 square miles.

According to the National Geographic, Indian Grey Wolves live in smaller packs, comprising around seven to eight animals. This usually constitutes a family of a mom, dad, and offspring. Cubs often stay with their parents for two years before joining other packs or starting their own.

The familial bonding between wolves is very strong, and the entire pack helps in caring for newborn pups, right until they are ready to leave the den.

Older siblings look after their younger brethren by finding them food and keeping them safe. This close connection and attachment help the pack’s survival in harsh environments where other predators can easily attack and overpower a lone animal.

Another skill that is crucial to a pack’s existence is communication. While it is presumed that wolves only howl, not many know that they also bark, whimper, whine, growl, bark, yelp, and snarl. Is this any surprise given that they are an offshoot of the canine family?

The next time you hear a wolf’s howl, don’t fret unnecessarily. When a pack howls in unison – which is usually to signal danger – the sound can be heard from a distance of over 10 miles.

Why Are The Wolves At Bay?

Indian Grey Wolves are not known to howl as much as their American, European, African and Middle Eastern peers. However, their vocal reticence does not mean that they cannot do so.

It probably has more to do with the fact that they are nocturnal hunters and silence is their best ally. Each member of the pack hunts independently, often targeting rabbits, sheep, rodents, birds and other small game.

With growing deforestation, agriculture and industrialization, these remarkable animals are steadily losing their natural habitat. With declining prey, they have neem forced to hunt domestic animals like hens, dogs, goats, and even unattended children.

This has resulted in many man-animal conflicts, and people often set traps to capture them or kill them by poisoning. Poaching is another threat, as wolf pelts can gain a good price in the black market.

The Pack Under Threat

Schedule 1 of the Indian Wildlife Act of 1972 classifies the Indian Wolf as an endangered species. It also finds a mention in Appendix 1 of the Convention on International Trade in Endangered Species of Wild Fauna and Flora.

According to various sources, only 3,000 Indian Grey Wolves currently remain in the wild. Despite their endangered status, humans often kill them because they worry that the animals will plunder their livestock and attack their children, which is further threatening the wolves’ survival.

In her 2009 study, ‘Human-Wolf Conflict in Human Dominated Landscapes of Ahmednagar district, Maharashtra’, conservation scientist Roopa Krithivasan pointed out that wolves come into constant conflict with livestock owners, possibly to a greater extent in India than anywhere else in the world because of the high density of humans and domestic animals.

“Yet, the impact of wolves on human lives and livelihoods in India is poorly understood. It is imperative that we understand the wolf-pastoralist dynamics and implement measures that will ensure the continued existence of the wolf; a key step in this direction will be to minimize the losses that humans sustain due to wolf depredations and thus reduce their ill-will towards these animals,” she noted.

No one will argue how Paris is one of the most beautiful cities in the world. Being sought after by many tourists from different walks, there's no wonder why more than 30 million visitors are...